Hackers able to understand our typing 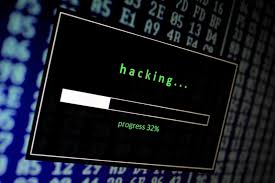 New Delhi: According to the reports, hackers are now able to understand by our typing sound of the microchips that what message we are typing. This can became really dangerous because till date there is no way that we can bring the typing volume to nil. The method could be used to crack even the strongest password or steal credit card information, they caution.

Hackers could be able to tell what you are typing on your computer just by listening to your keystrokes through your Smartphone’s microphone; a new study warns. Researchers recreated a real-life office situation, complete with background chatter and the din of key clacking. They found it was possible to tell exactly what keys were pressed on a keyboard with up to 41 per cent accuracy – and believe this figure could rise with refinement.

Researchers at Southern Methodist University asked subjects to make notes of what was discussed on their laptops and used an app to listen in on their typing. These audio signals were processed by their software to recreate the words written by their test subjects. To their astonishment they could get 41 out of 100 words which were typed by the experts using microphones and ear set. They could also get whether the person was backspacing or giving a gap between the words.

This has created quite a buzz around the tech world causing panic in the security and privacy of the users. There is no such technology till now which could stop the sound created by typing to be heard and researchers are trying hard to go in depth of this issue.