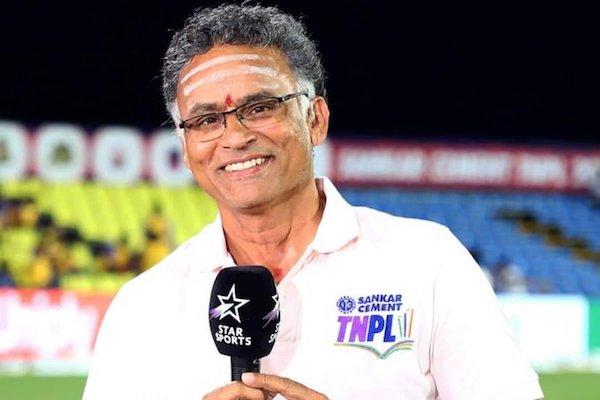 Chennai: Former Indian opener VB Chandrasekhar commits suicide on Thursday evening at his residence at Mylapore. His body was found hanging from the ceiling fan in his bedroom on the first floor.  The body, recovered after breaking open the door, had been shifted to the Royapettah Government Hospital for autopsy.

Family sources said Chandrasekhar who went up to his room upstairs in the evening after having tea with others in the house, did not turn up for long and when they knocked at the door, it was locked from inside. When he did not open the door for a long time his wife peeped from the window and found him hanging from the ceiling fan. There was no suicide note found in the room.

Her Wife and the reports claim that he was suffering from mental pressure due to the losses he was getting in the cricket company. He was very depressed over financial losses incurred on account of running the VB Kanchi Veerans, a team in the Tamil Nadu Premier League, modeled on the line of the IPL. The former cricketer was also running a cricket coaching center in the city.

“He was in neck deep debt, having invested Rs 3 crore in the TNPL team, VB Kanchi Veerans. He had even pledged his house as a surety and recently, the bank had issued a notice for recovery and he was depressed since then,” an investigating official said. He was friends with the cricket legend Rahul Dravid.

VB represented India in 7 ODI’s and was known for his attacking style of cricket. He was also a member of Tamil Nadu Ranji team which won the title in 1987. He achieved many feats in Cricket and his love for cricket could be seen by the franchise he supported. The BCCI and many former cricketers and current players have condoled the death.