India to get its CDS after 20 years 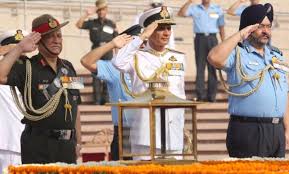 The CDS is a combined head of the Indian Army, the Air Force and the Indian Navy and will act as the single-point military advisor of the Defense Minister of India. The appointment is likely to be someone who is senior to the three serving chiefs or one of the three serving chiefs in rotation. General VP Malik, who was the Army Chief during the Kargil War, calls this a major step in the national security organization which was being considered for the last 20 years but nobody took a decision.

He adds that the appointment may be more economical because it may do away with a certain amount of duplication that we have among the three services. The Chief of Defense Staff is a proposed position that was recommended by a Group of Ministers – led by the then Deputy Minister LK Advani – set up in 1999 after the Kargil War.